Seeing someone after taking a dab is enough to convince anyone that shatter is potent.

If you’ve watched someone actually smoking shatter, you might think it looks a bit confusing – if not downright dangerous. If you have shatter, knowing how to smoke shatter safely and responsibly is important information to know.

Let’s get into what shatter is all about, how it’s made and how to smoke shatter safely!

What is Shatter All About? 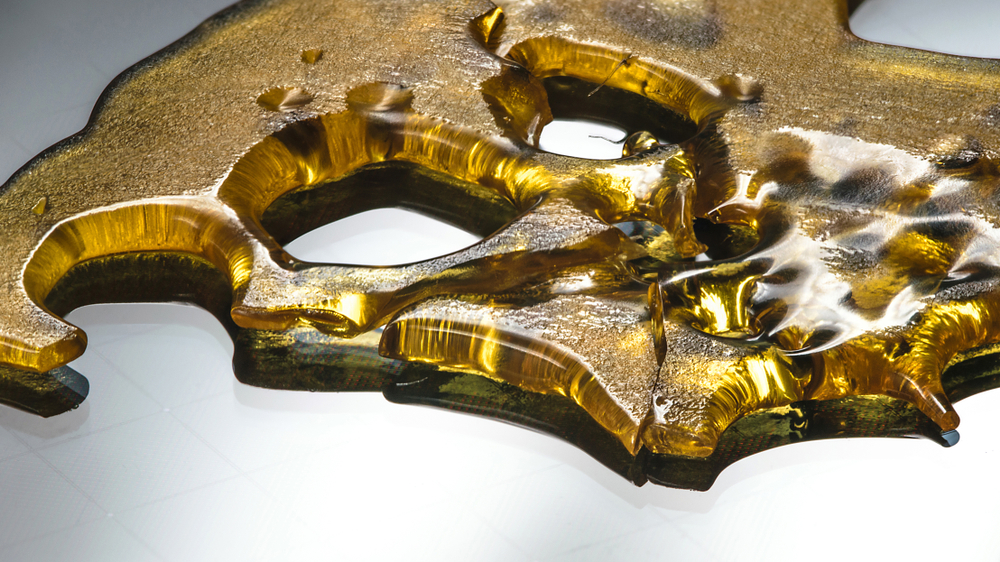 Shatter is a type of cannabis concentrate that’s distinguished by its visual appearance and snappy consistency. Bearing a close resemblance to glass, this cannabis extract is known to “shatter” when dropped but can also be soft and malleable depending on how it’s produced.

With a THC content that can reach as high as 80%, shatter, like any other cannabis concentrate, is unbelievably potent and not something for new cannabis consumers to enjoy.

As a cannabis extract, shatter has gained notoriety throughout cannabis communities for its potency and flavour. Approaching close to 70-80% THC, shatter is definitely not for the faint of heart or novice tokers.

Curious about the production process? In this article, we’ll be focusing on butane hash oil (BHO) which is the most popular extraction method to create shatter.

How is Shatter Made?

Shatter is generally made by a butane extraction. The cannabinoids found in cannabis, mainly THC and CBD, are separated through the use of liquid butane.

The end product is then separated from the butane. This is done by heating the butane at a mid-to-low temperature – high enough for the solvents to evaporate, but low enough that the concentrates don’t.

Once the all butane has been completely evaporated, the end product is left to cool. During the cooling process, it solidifies into the beautiful, golden, glossy material that we’re familiar with.

Usually, shatter manufacturers will conduct an additional “vacuum purge” to make sure that all the butane has been removed from the end product. Butane is highly flammable when combusted and also hazardous to your health if smoked and consumed – sourcing quality and responsibly made shatter is important!

How to Smoke Shatter In a Dab Rig 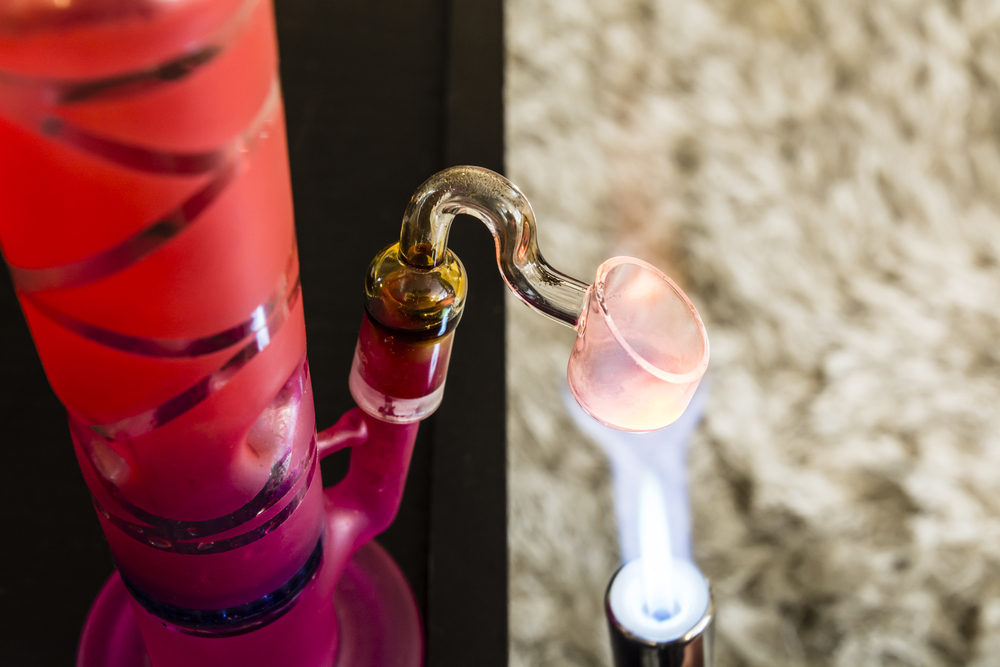 It’s a technicality, but the first thing to note is that you aren’t smoking shatter – you’re actually vaporizing it.

The easiest and most popular method of “smoking” shatter is through a dab rig, which involves heating up something called a nail until it’s hot enough to vaporize the shatter. Upon first glance, you might mistake a dab rig for a bong. One of the main differences between bongs and dab rigs are the “nail” and “dome” in the place where you’d expect the bowl and choke to be.

In addition to the dab rig, you’ll also need a blowtorch and what’s called a “dabber.” You don’t need anything large – a small butane torch will work perfectly.

To smoke shatter, you first take a small piece of your concentrate of choice and apply it to your dabber. Then, heat up your nail with the blow torch until it’s red hot. Slowly pull the dome over the nail so the heat vaporizes the shatter. Take caution – dab hits are known to be especially taxing on the throat!

Other Ways to Smoke Concentrates

If you are looking for another way to smoke shatter, fear not. Alternatives like vape pens or a shatter joint can be great for smoking this potent concentrate.

It’s important to remember that if you use shatter through one of these methods, it won’t be as strong. If you’re wondering how to smoke shatter in the most cost-effective way, use a rig.

Nonetheless, these are other enjoyable ways to enjoy your concentrates.

Concluding Thoughts on How to Smoke Shatter

Shatter, like any other cannabis concentrate, is extremely potent. If you’re a novice smoker or somebody who has just started to smoke cannabis, it’s best to wait until your tolerance for THC is more developed before giving shatter a try.

Only requiring a dab rig, shatter is an easy, tasty and potent method for consuming cannabis. Just heat your nail until it’s red hot and run the dome over your concentrate while inhaling!

Although it may be intimidating at first, using a dab rig is extremely simple to pick up — you’ll be taking massive dabs in no time. We hope this helps you begin your dabbing journey.