An abbreviation for hashish, hash is the oldest known cannabis concentrate in existence. People have been implementing hash into their cannabis routines for a thousand years and are just recently asking the question of how to vape hash.

For those of you who may be less acquainted with cannabis terms, let’s break down the meaning of a concentrate! Essentially, concentrates are cannabis products which have concentrated some/parts of the cannabis plants compounds.

Cannabis plants are made up of many compounds – the most common ones being THC and CBD. Collectively, all of these cannabis components come together to create the psychoactive and medicinal effects that cannabis can induce.

Concentrates are basically all of the desirable parts of cannabis in one. Aside from hash, other concentrates include wax, oil, dabs, and shatter.

What sets hash apart from the other types of cannabis concentrates is the fact that hash is made by pressing the plant’s trichomes or kief crystals into a bar.

Since they contain such a high concentration of active cannabis compounds, concentrates pack a punch. Concentrates are the most potent form of cannabis, meaning you can vape less and feel the effects a lot more than from simply smoking a joint.

As a concentrate, hash can contain upwards of 60% THC, with 20% being on the lower end of the spectrum.

Vaping is one of the healthiest ways to consume cannabis, and now that we know a little bit more about what hash is, let’s get into the question of how to vape hash and how to vape hash effectively!

These tips will help you vape hash like a pro, even if it’s your very first time. Soon, you’ll be teaching your friends how to vape hash as well! 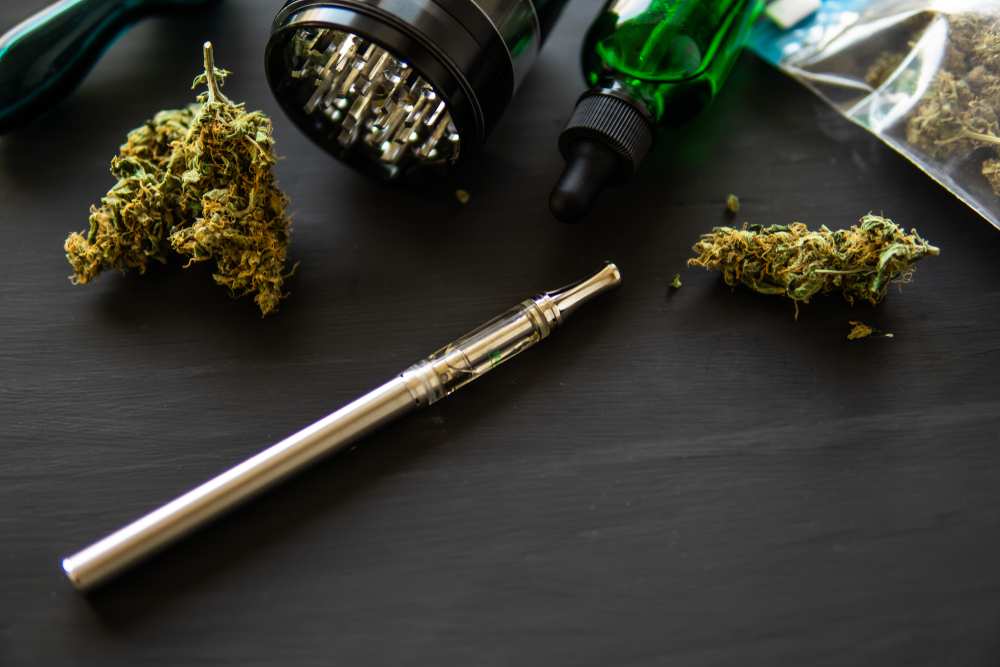 As a cannabis concentrate, hash is incredibly versatile. Some people prefer placing hash in joints, while others prefer the effects of hash placed in a bong. Vaping hash with hookahs is quite a popular method of hash vaping, and so is hash in pipes!

Be Sure to Dose Your Hash Before Vaping

The first thing to think about when considering how to vape hash is to weigh and dose the hash before you begin vaping.

There are two main reasons for this, the first being that vaporizers are designed to only be able to handle a certain amount of material at one time. If you try to overload your vaporizer by adding more product that it has room for, then the vaporizer will not work properly.

Instead of heating the hash evenly, like a working vaporizer should, the hash will heat up in an uneven way. When this happens, the benefits of vaping hash are minimized and a decent portion of the hash will go to waste.

Most vapes will work best with no more than 0.1g of hash, but pay attention to what the vape you own can handle.

The other reason for making sure you know how much hash you’re packing into your vaporizer has more to do with your own well being than the vaping process itself.

Make sure you are only vaping hash in increments that you can personally handle. Remember that you can always vape more, but you cannot unvape what you’ve already consumed! Take it slow and learn your limits.

Make Sure Your Vape is Set to the Right Temperature

How to vape hash most effectively? How hot you set your vaporizer’s temperature will make all the difference. Most vaporizers operate by using convection heat, like an oven.

Once the temperature gets hot enough, the cannabis compounds get decarboxylated. In other words, they get “activated” and start to release their effects.

Hashish is essentially compressed and packed kief. Since it’s so compact, you’ll need to vape it at a higher temperature than regular cannabis flower.

To get the best out of your vaping hash experience, start out with a vaporizer set at 200°C and work yourself up from there. Each vaporizer is different and you might find that what works best for others may not be optimal for you. Try vaporizing your hash at a temperature that is 10°C higher than what you usually use for your flower and continue to increase the temperature by 10°C until your vape produces vapour.

Hash is a compressed, packed cannabis concentrate. It’s important that you take the hash and cut it up into smaller pieces. The smaller the surface area, the easier it’ll be for your vaporizer to heat it up evenly.

Failing to break it up into smaller pieces will make it meltdown and solidify inside your vaporizer. Worse yet, it can leak down into the coils and completely ruin your vaporizer.

If you’re worried about potential residue or leakages, putting some degummed hemp fibre into your chamber before you put your hash inside makes for a mess-free experience. Degummed hemp fibre can take temperatures up to 240°C before burning and soaks up all of the hash residue before it can dirty your chamber.

The other alternative is to clean your vaporizer’s chamber screens after each use to prevent buildup.

Whichever method you decide to use, remember to cut up your hash as small as possible.

Final Thoughts on How to Vape Hash

The longer you vape, the better you’ll become at figuring out the best practices on how to vape hash in your own vaporizer. Practice makes perfect, and it’s important to find a method and temperature that works best for yourself and your vaporizer.

Follow these three top tips for how to vape hash and you’ll be off to a great start!